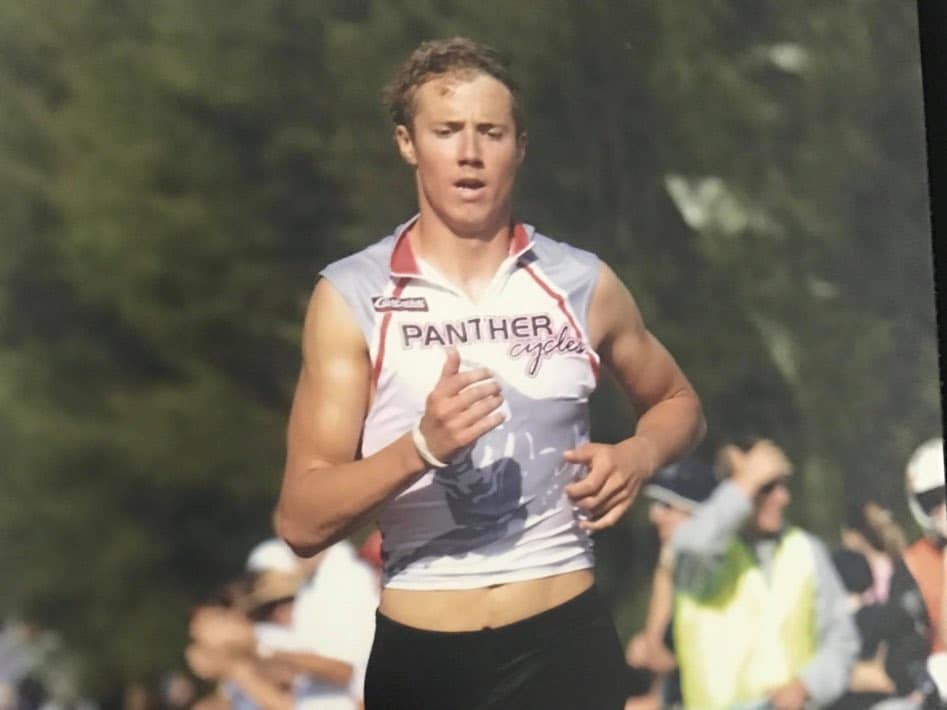 This was the first Nepean Triathlon held at the Sydney International Regatta Centre. The distances were locked into a 1km swim, 30km cycle and 10km run which still stands today with only some slight course adjustments.

The new facilities were first class, the ‘race in the bush’ was setting the new standard!  There were shower and toilet blocks, BBQs, new PA systems, even a grandstand!

The Chapman family reign continued with Trent’s younger brother Leigh taking the title. The women’s was taken out by a Melissa Vandewater from the Hills district of Sydney, who continued on with a strong professional career and a return to victory at Nepean 10 years later.